An ancient Hawaiian Fishing Village was located at the shoreline which is now held in land trust. Wai Moku is located at the top of
the valley which would be the top of the Ahupua’a. The goal would be to restore these locations at the top and bottom of the valley, and work together with other land owners in between to create this overall vision.

We are based on a 25-acre property located in Waihe'e Valley on the island of Maui, Hawai'i, USA. This valley belonged to the Hawaiian Queen Kaahumanu and is known to many as the "breadbasket" of Hawai'i, an Ahupua'a with some of the most abundant resources from the mountain to the sea. 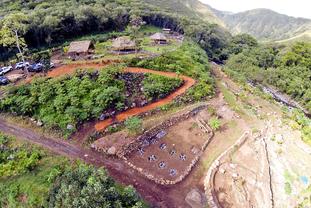 Wai Moku is a project seeking to restore a living and thriving Hawaiian Ahupua'a.

An Ahupua'a is the Hawaiian system of land division from the mountain to the ocean. It is a lifestyle to sustain our people by cultivating the natural resources from the land to the water. Everything that was needed to live was available in each Ahupua'a, from the fish in the sea to the taro in the mountain.

Wai Moku / Waihe'e Valley Restoration is a non-profit 501c3 made up of a group of friends and families working together for a common vision. Our team members are experienced in areas such as Hawaiian Culture, Resource Management, Agriculture, Native Reforestation, Land Management, and Business Development. 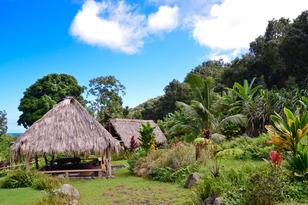 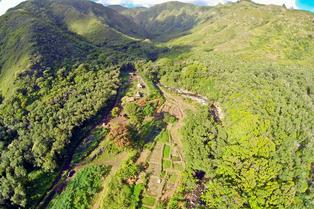 "The Past, Informs The Present, For The Future..."

Restoration of the Valley has already begun by clearing invasive trees and replanting Hawaiian trees and plants. Ancient rock walls have been restored and Hale (hawaiian house) have been built. The location has been used for educational groups to share the food, clothing, shelter, and lifestyle of the Hawaiian culture.

Waihe’e Valley is one of the rare locations on Maui that an Ahupua’a can be restored because of the limited development from the mountain to the ocean, and the steady flow of the river.